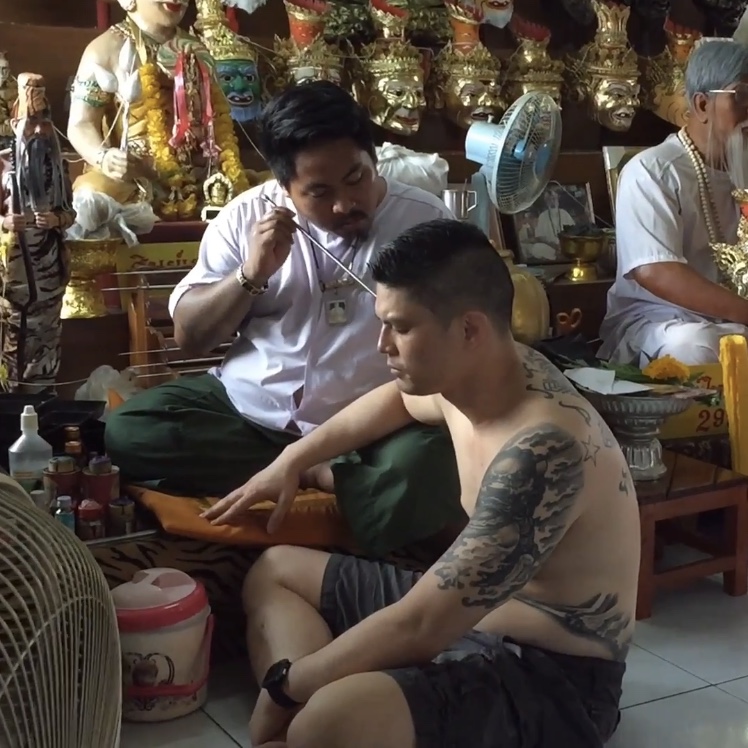 It was originally going to be below my neck on the shoulder line, but my current tattoos didn’t leave any room there. Ajarn Oh, the man giving me the tattoo, selected a spot on my right arm and began.

The whole thing took about 10 minutes (which he freehanded) including the prayer at the end. A very meaningful experience for sure. Below is a copy/paste from https://www.sakyantchiangmai.com/sak-yant-designs-and-meanings detailing what the Gao Yord is.

The Gao Yord is the “Yant Kru” or Master Yant and is a most sacred Buddhist tattoo with very wide ranging powers of protection and is quite possibly the most important of all the available Sak Yant designs. Many people will choose the Gao Yord as their first Sak Yant because of its universal powers and later add other Sak Yant designs of their choice.

The set of 3 ovals are a representation of the Lord Buddha and this grouping of 3 ovals can be seen in many other Sak Yant designs. The Gao Yord Yant has 9 Buddhas represented, with each Buddha bestowing special powers or spells. In some versions of the Gao Yord, there is a Mantra or Katha tattooed at the base of the design. The script used is Khom, an ancient Khmer script, and gives the abbreviation for the names of these nine Buddhas as follows;

In the centre of the Gao Yord design is a patchwork of small squares, the magic box, (although in some designs the outlines are not shown but only the contents), each square containing an abbreviation (in Khom) for the names of all the protection spells that this Yant will bestow. The exact number of these small squares can vary according to the design but the powers granted to the wearer will always include the following.

In addition The Sak Yant Gao Yord will protect the wearer against evil spirits and all forms of “Black Magic”. 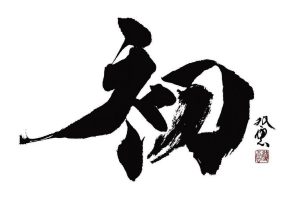